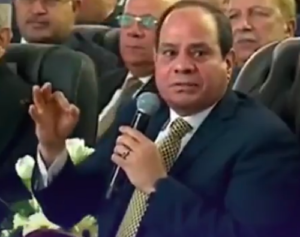 Sorry,You have not added any story yet

The Egyptian authorities are likely to be trying to block Twitter on the Vodafone network or at least an attempt to throttle access to Twitter (throttling).
I tried the Twitter app on Android and found that it uses the following IP addresses:
104.244.42.1
104.244.42.2
104.244.42.3
104.244.42.65
I found that the IP address (104.244.42.65) points to the twitter’s domain (twitter.com),This domain appears to be blocked (DNS Tampering).This IP address hosts six domains, all of which are blocked, as follows:
jhpath.com
twitter.com
twitter.eus
twitter.hk
twitter.jp
twitter.org
I also found that the IP address (104.244.42.1) blocked (DNS Tampering), and this IP address hosts 5 domains, all of these domains are blocked, below are domain addresses
equity-app.com
milchreis.xyz
twitter.com
twittertrademarks.com
twopensource.com
Some of IP and domains addresses listed are blocked due to DNS Tampering and this means – most likely – that there is a DPI and others are abnormally slow.
This means that the government may be trying to block Twitter or at least try to slow down access to it (throttling).
I also noticed that this blocking and throttling are not continuous, sometimes works normally and sometimes not.It seems to be the same with Facebook Messenger.
#EgyptCensors